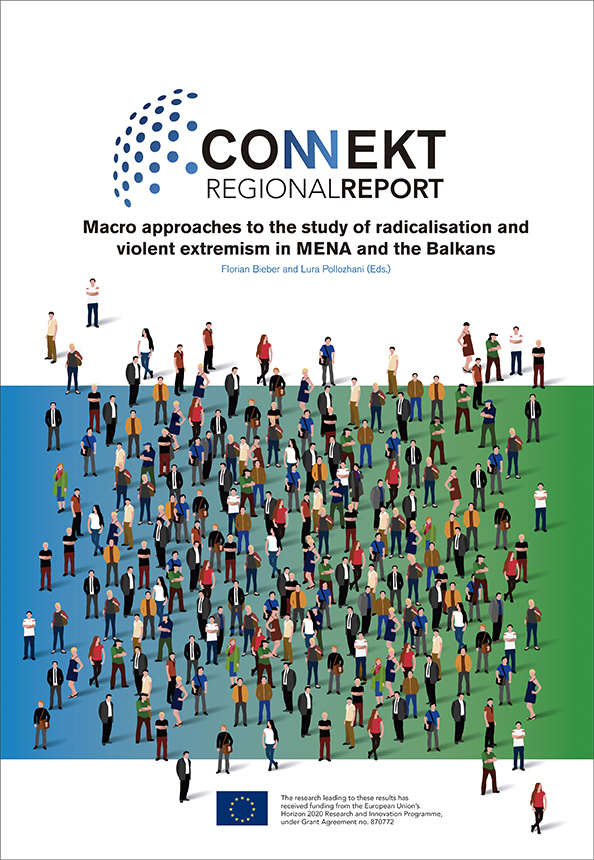 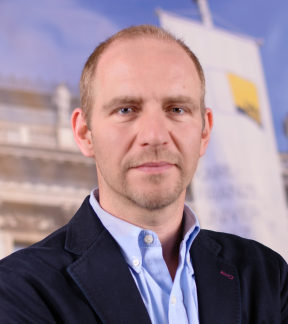 Florian Bieber
Director of the Centre for Southeast European Studies at the University of Graz, Austria

This publication includes two comparative studies of the Balkans (Bulgaria, Bosnia and Herzegovina, Kosovo,
and North Macedonia) and the MENA region (Jordan, Morocco, Tunisia). The comparative studies are based
on the country reports’ findings on the macro level factors influencing violent extremism, radicalisation and
the institutional approaches addressing them.

The CONNEKT research framework orients the studies towards the investigation of seven drivers of
radicalisation and violent extremism in each region: religion, territorial inequalities, economic deprivation,
political grievances, cultural factors and leisure opportunities, digital literacy and transnational dynamics. These
drivers thus cover diverse areas of influence including religious, social, economic and political. However, the studies
also explored other factors, depending on the findings of the field, such as education, which is developed as a
potential driver at this level. The reports were informed on data provided by a review of policies in each country,
as well as interviews conducted with state actors, civil society representatives, academia and representatives of
international organizations.

The findings of the two regional reports are divided into the seven drivers and also reflect wider trends and
differences in defining and addressing violent extremism and radicalisation in each region. At the macro level of
analysis there is important diversity in regard to the influence of the drivers, as well as synergies. In terms of
synergies, both regions share the reliance on security structures in order to tackle violent extremism and
radicalisation and are insufficiently focused on softer measures and on expanding cooperation with civil society
and academic institutions. The securitisation of the issues has led to stricter policies which particularly effect youth
and the social media in the MENA region, and it has contributed towards considerable difficulties in the
understanding of the phenomena and their prevention.

In terms of the drivers of violent extremism and radicalisation, there are several important differences, such as the
significance of territorial inequalities particularly noted in the MENA region, while economic deprivation is a driver
in both regions. The Balkan region also displays forms of radicalisation that are not shaped by religion, but also
by political ideologies. A key conclusion of the reports at this stage of the research is the interconnectedness of
the drivers, namely some drivers become influential at the presence of another driver, for instance religion and
territorial inequality, or economic deprivation and territorial inequality. This already highlights the complexity of the
phenomena and the need to research further into the effect that these drivers have among the communities
themselves, which the CONNEKT project will develop as part of its meso and micro level research.

The two regional reports also seek to draw larger lessons in terms of the regional significance and role of
violent extremism and radicalisation. First to note is how both regions are effected by shared events, such as
the wars in Syria and Iraq and other global trends and developments. This has led to the second shared
development which is the influence of international bodies on both the approaches the countries take and the understanding that they have of the issues. In the Balkans, a shift towards softer measures of P/CVE was
noted, particularly in regard to the work of CSOs which could also be noted in the MENA region. This includes
approaches that also aim to shift the words and the contexts that are used in preventing radicalisation
particularly when working with youth.

Lastly, as part of the CONNEKT project Work Package 7 (WP7) the regional reports aim to ultimately
contribute towards the creation of informed policy recommendations which take into account macro, meso and
micro level factors which can aid in addressing the challenges posed by violent extremism and radicalisation.
The recommendations emanating from the two regional reports highlight the need for the inclusion of other
actors into the fold; localized approaches to the needs of the context where they are applied; the use of
innovative and soft measures towards prevention including cultural programs and the use of digital tools and
a ‘whole of society’ approach; the development of more informed and concise definitions of violent
extremism and radicalisation in the creation of policies and laws; and the need to tackle different drivers in
prevention, including economic and political grievances.