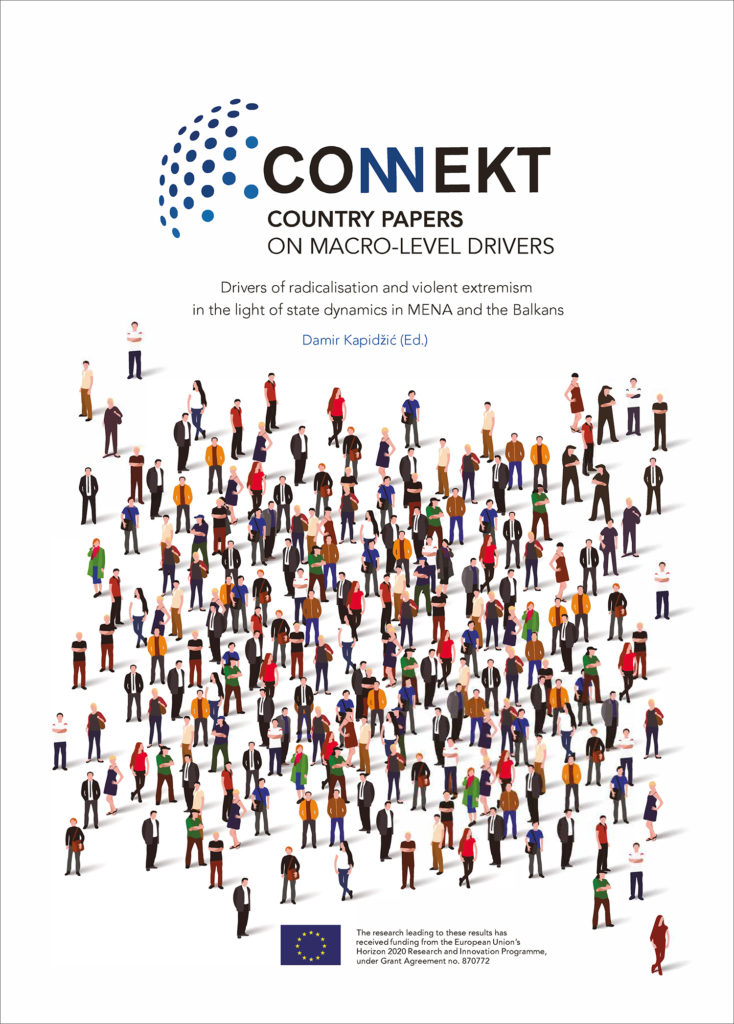 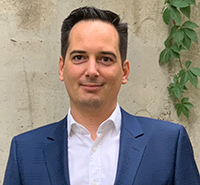 The eight country reports in this publication provide an overview of how institutions approach radicalisation and violent extremism in two different regions. As part of CONNEKT Work Package 4 (WP4), they examine the macro-level analysis that includes structural and institutional approaches and helps establish a cartography of contexts within the Middle East and North Africa (MENA) region and the Balkans. Moreover, the WP4 looks into an evolution of dynamics regarding the seven previously determined drivers (territorial inequalities, economic deprivation, political ideas, cultural factors, religion, digital literacy, and transnational dynamics) and attempts to provide a better understanding of institutional norms, values, practices, strategic policy choices, and institutional responses. This is the first empirical building block, which will inform subsequent research, and links institutions to meso- (community) and micro- (individual) levels. The research presented here provides country-focused foundations for understanding the interaction between macro-, meso- and micro-level analysis.

In order to facilitate stronger integration between the individual case studies, and to allow for cross-country and cross-regional comparison, a common framework was established for the empirical research and country reports. This consists of a joint theoretical framework focus on seven identified potential drivers of violent extremism, a common questionnaire for interviews and focus groups, and coordination in the preparation of research and writing, as well as feedback on drafts of the country papers.

The theoretical framework is based on New Institutionalism, as the research subjects are individuals who work in institutional contexts and represent these institutions. The focus is on the rules, norms, practices and relationships that shape institutions, while also regarding them as actors in their own right. Additionally, New Institutionalism provides a basis for the analysis of international interdependence that can be considered as a pivotal driver of domestic institutional change in many societies under study. Therefore, this theory represents a convenient framework for analysing cooperation patterns, interactions, communication aspects, roles, and mutual perceptions of different institutional stakeholders.

The research was planned to be conducted in eight countries of the MENA region and the Balkans: Egypt, Jordan, Morocco, Tunisia, Bosnia and Herzegovina, Bulgaria, Kosovo, and North Macedonia in late 2020 and early 2021. These two regions represent important and relevant locations, where it is possible not only to contextualise diverse drivers of violent extremism but also to learn about the processes that lead to the emergence and development of this phenomenon. Consequently, the research allows the drivers of violent extremism to be approached empirically, while trying to determine the factors that go beyond the traditional representation of religion as the pivotal driver. Individual country teams identified relevant institutional actors and grouped them according to a common structure. This allowed us to not only focus on state security and religious institutions, but also on civic, media and international organisations working in the respective countries. Ethics requirements were met before the start of research that included obtaining national ethics approvals, consultations on institutional level research, especially with state security actors, pseudonymisation of findings, and interviewee consent forms.

All studies mainly relied on the use of semi-structured interviews with relevant institutional stakeholders, in addition to focus groups in some cases. This means that the reports utilise a qualitative methodology for the analysis of seven drivers at the macro level. A common questionnaire was developed by the WP leaders and then translated and adapted to local languages and contexts. The questionnaires across all cases included the same elements and similarly framed questions. Slight adaptations to individual country contexts were made to clarify concepts and frame drivers to be understandable. A general structure for writing the reports was provided to all partners. The first section looks at institutions and cooperation between them, including communication, perception and examples of good practice, while the second part pays more attention to the seven previously mentioned drivers and country specific issues. The WP4 leader provided feedback on drafts of all country papers.

The main aim of this joint macro-level research is to establish a multi-dimensional map of drivers and examine their mutual interplay within the macro-level analysis. The modes of interaction between institutions in individual countries provide a view of prevailing norms and practices, as well as power relations (including knowledge) on issues of radicalisation and violent extremism. This allows us to identify key channels of institutional interaction that can guide policy recommendations. In addition, the research attempts to create space for cross-regional, cross-country and individual approaches that should, in turn, result in a wider coverage of the phenomena of violent extremism within the joint publication.

The editor of this publication is Damir Kapidžić, Assistant Professor of Comparative Politics at the University of Sarajevo.